Fall is approaching and the “new normal” continues as students head back to school, whether virtually or in person, and many people continue to work from home.

Globally, the number of COVID-19 cases surpassed 24.4 million in August as reported by Johns Hopkins University. However, infection rates are slowing in many parts of the world. Although some countries have experienced second waves of the virus, many are in recovery mode.

Here is a brief update with some of the month’s developments and related thoughts.

How does this affect my investments?

Many global stock markets have recovered a significant portion of their losses from earlier in the year, while the U.S. market has gone on to set new records. It may seem odd for stocks to come back while there is so much economic difficulty, and uncertainty. This simply reflects the forward-looking nature of stock markets and the performance of a number of large companies that have done well despite the pandemic.

Will these gains hold or can we expect more volatility? Short-term market movements are impossible to predict. As we have noted before, market declines have historically been followed by recoveries and new highs – much like we saw during August with the S&P 500 and other markets. In fact, most market gains are achieved shortly after a bear market, as shown in the chart below. 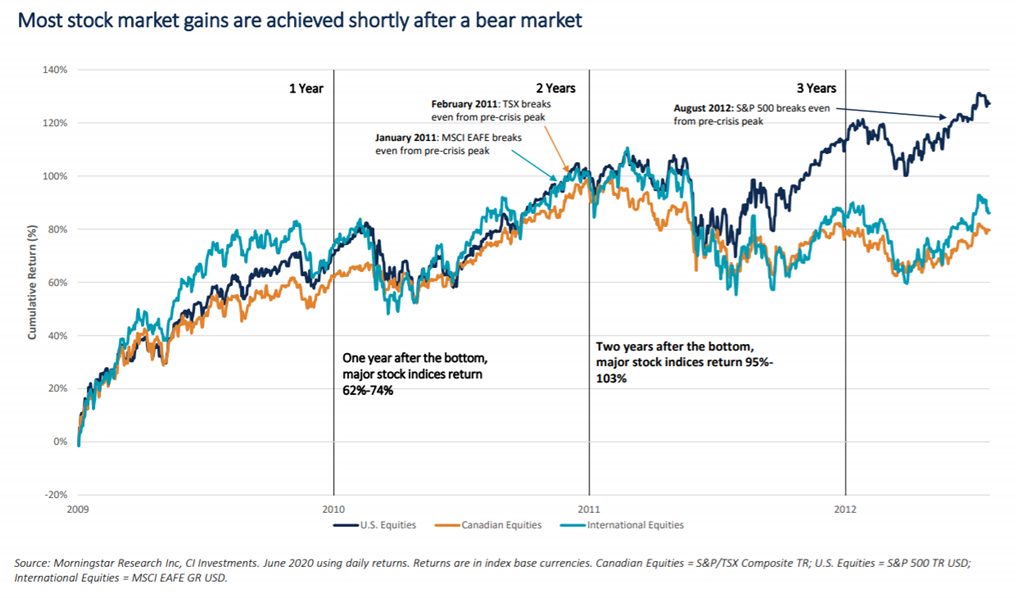 Should you have any questions about your portfolio or your investment objectives, please do not hesitate to contact your NPW Advisor.